After an unplanned absence from this blog, I feel compelled to write a new entry this morning, in view of the eminent Anthony Weiner resignation scheduled to take place today (scandal as media event, or media as scandal event?).

Consider the two images below (thanks to TMZ): 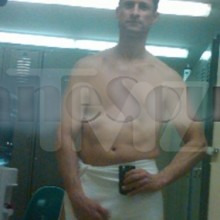 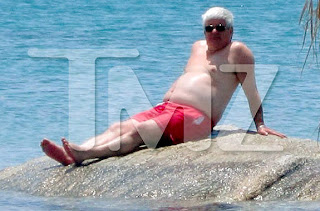 My question to you is the following: who would you rather sleep with?


If sleeping with men is not your cup of tea, who would you rather see shirtless?


If that question still does not apply to your reality, which person looks healthier?


The search for Weiner's picture (via the autofill my Mac computer comes up with) spelled out "Anthony Weiner Lewd Photo." The term lewd is defined, at the www.thefreedictionary.com, as "a. Preoccupied with sex and sexual desire; lustful" and "b. Obscene; indecent." It is precisely this term's second definition, and the politics backing this definition, that have probably pushed Weiner over the resignation edge. Because as the legality of images with contentious nature in the US goes, obscenity is illegal, even though pornography is not. What deems something obscene in contingent upon its socio-cultural context (meaning a local court), and apparently in Washington D.C. (sans court), sending a picture of oneself over the Internet in various states of undress to willing receptors is at least unbecoming of a Congressman, if not lewd and/or obscene.


It is ironic that the same people (ideology-wise) that are so ready to point the finger at Weiner have also historically pushed for the censoring of art via public funding cuts. These folks seem to be experts in the history of images (and in a round about way they are, because they do paint a pretty grim picture whenever it is applicable to their politics), because they feel it is totally okay to disregard entire historical and scholarly accounts on the importance and place of images, of many kinds - pleasant or not - in the journey of humanity, if that suits their needs. Here I am obviously talking about the NEA cuts in the past and the Wojnarowicz removal more recently. Of course these folks, the deciders,  also know how to censor other types of images - that of images of war for example, which never seem to surface into the public sphere in the US.


As a parenthesis to this topic, I have never understood why the sexuality of politicians has so many negative connotations. In a country that is so eager to go to war, sexual prowess should be seen as a positive thing. But with sex comes shame (no pun intended), while with war pride arises (ditto). But I digress.


Interestingly enough, the manner in which works of art are made have also come under the magnifying glass of litigation recently. In a surprising turn of events, Richard Prince and his gallery (the Gagosian, who recently launched a very cool iPhone/iPad app) lost their case on the grounds of unoriginality (because appropriation was not seen as enough in most case, an entire suite of works was deemed a breach of copyright). I imagine an eminent appeal is in the works. A similar but less recent lawsuit case on image appropriation, the Obama "Hope" poster by Shepard Fairey, was settled out of court. Again, experts's opinion are disregarded by the law's interpretation, and in this process attempted to tarnish by proxi the image of the Commander in Chief. These legal (re)readings (re)define future decisions and policies, therefore embedding self-censoring in art practices and one's being.


Ironically (sadly so), this rhetoric of morality, of condemnation of anything visual and at times sexual out of the ordinary (for in the US the nude can only be understood as sexual, just as much as art can only be beautiful and original - read with appropriate tone) appears to be  appropriated by every generation of politicians, as if we are still in the midst of the mid 20th century. In times when redefinitions of marriage and gender/sexual politics also stand in a pivotal place, will we go back to the politics and morality of sixty years past?


That is a picture I find hard to look at.


PS: there are a few entries that have been in the works for over a year that I hope to upload later  this Summer. thanks for being patient.
Posted by Unknown at 11:03 AM